First, I checked the raised beds...took the tops off to check them and so far so good when it comes to them being greenhouses for weeds.  No real weeds to speak of, there were a few small ones in a couple of beds but with he addition of the rich soil/compost and keeping them covered, they pulled out in about 2 seconds.  I'm hoping that because the cold weather has hit, that is something we won't have to worry about for the rest of this off season. 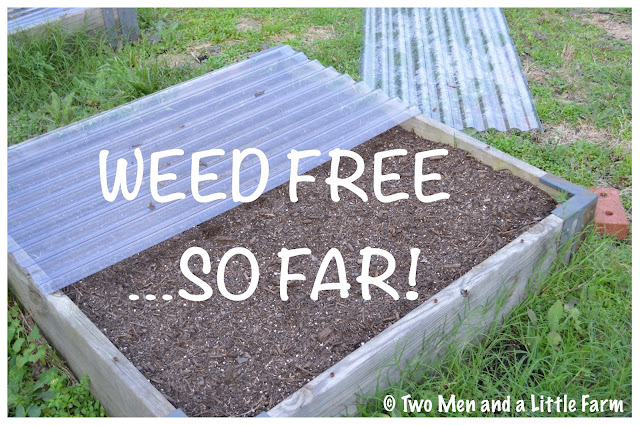 Raised beds with coversThere was one issue I didn't think about though, rainwater! 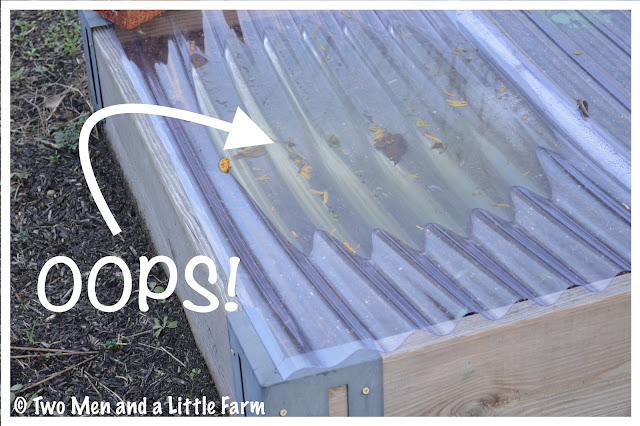 Rainwater on raised bed coversI think I'll have to either drill a few holes, or perhaps just put something under one edge to give them a slight angle, just enough for the water to run off.
But either way, so far so good!  The soil looks good and rich and things are moving along nicely!  I've been thinking of ordering some worms for a few of the beds and let them get a start.
Now we are planning the garden plants.  We're starting small this year, to keep it manageable and not become overwhelming. Will probably just use four of the raised beds at first.  One with herbs and the others with a few veggies.

Next, the bees.  A few weekends ago, I was out at the farm, it was cold and damp and I checked the remaining beehive and nothing...no bees going in and out, no activity at all. I was worried, being a new beek (short for beekeeper), we often don't know what to look for, what happens every month of the year etc.  Every book you read can give anecdotes and advice but having minds of their own, you never really know.  And we were worried, especially after the tipping incident a couple of months ago. 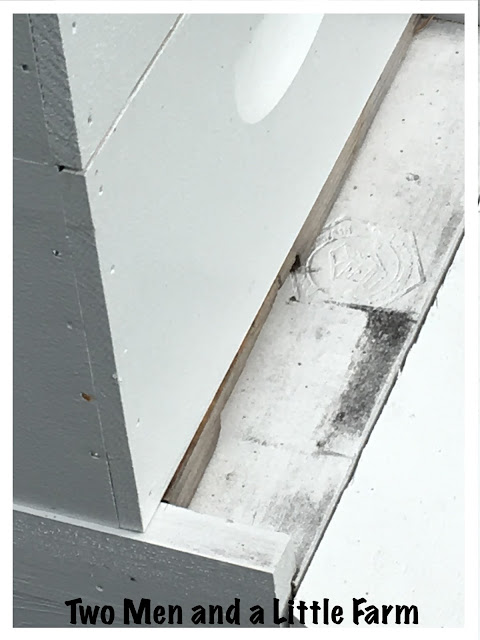 When I saw no activity, I was afraid we had lost them.  I decided to peek inside (yeah, what can I say, I used to peek into my stocking at Christmas too, ha).  I tilted the middle box ever so slightly and there they were, all bundled into a ball, keeping the queen, and the rest of the hive, warm.  Yay!  I carefully lowered the box and kept my fingers crossed.

And in great news... 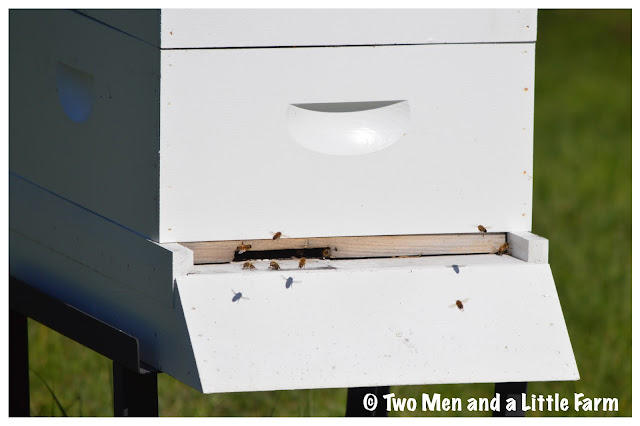 ...here they are this weekend, coming and going in the beautiful Spring-like weather.  They have survived!!  While we could (and probably will) have another freeze, I'm hoping it's safe to say that they've made it now for almost a year.  We have a second package of bees already ordered and it will arrive in April.  Ariadne Hive will have a new neighbor in a few months. 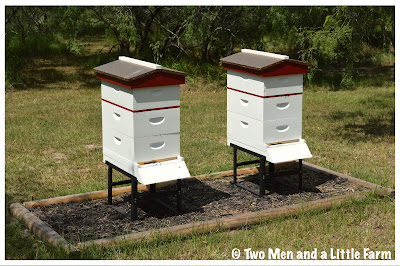 Bee bed earlier this seasonFor those new to the blog, our ultimate goal is six hives, two each in three beds like this (we call them bee beds, just like flower beds).  The photo above is from earlier this year when we had them both up and running.  It is 8' long by 4' wide and filled with mulch.  It keeps the grass down and gives me an "edge" to go around with the mower (quickly!).

Hope your weekend was good!

DON'T FORGET TO ENTER THE BOOK GIVEAWAY, CLICK THIS LINK


**Due to potential for stolen content, we do not provide a full RSS feed. We work hard to create new, fresh and exciting posts and always wish to protect it** This © post comes from: www..com